The 2019 BNES is designed to comprise a representative sample of the Belgian electorate. The target population of the BNES consists of all Belgian residents older than 18, eligible to vote for the 2019 Federal Election. Despite the effort to obtain a sample that closely resembles the target population, some groups of people are easier to interview than others. This phenomenon is well known in survey research and is related to two different types of “biases” or “errors.” The first one is called “sampling error” and refers to the fact that some groups of people are more difficult to reach than others. The second one is referred as “non-response bias” or the tendency of some groups of people to be less likely to agree to be interviewed than others.

To mitigate the potential mismatch between the BNES sample and the target population, we computed post-stratification weights. These weights are employed to give more or less importance (“weight”) to those individuals that have been more or less difficult to reach or interview than others. For instance, if the Belgian electorate consists of 50% females and 50% males, but the sample consists of 40% females and 60% males, we can use a weight that makes the male observations in our sample count less and the female observations count more.

Different methods can be used to generate weights (for an overview see, Pew Research 2018). In the social sciences (and at at ISPO), researchers tend to almost exclusively use population-based methods, in which information on population subclasses is used to calculate weighting coefficients. The most commonly used methods are post stratification and raking. The main reason to employ such type of post-stratification weights is that our variables of interest (e.g. anti-immigration attitudes) are likely to vary as a function of a set of individual-level characteristics such as education, age, or the different geographical areas in the country.

Post-stratification weights should be ideally calculated using census data. However, Belgium conducted the last census in 2011. Using such data to compute the weights is not appropriate since we would match our sample to the 2011 Belgian population. As commonly done, we use population data from the European Union Labour Force Survey (LFS). The LFS data have been provided by Ellen Quintelier (thanks!) of Statbel, the “Direction Générale Statistique” of Belgium.

The BNES data include six variables for weighting:

In this post, I focus on the calculation of w_age_bel and w_agev_bel. The calculations for the Wallonia and Flanders samples are just a matter of subsetting the data according to the corresponding regions.

The first step to calculate post-stratification weights is to pre-process the BNES and the LFS data set. Specifically, we need to manipulate our survey data so that the R survey package can automatically match the BNES age, sex, education, region contingency table with the population frequencies from the LFS data set.

Next, we need to exclude those respondents who have missing values on one of the variables that we are going to use to compute the weights. In other words, the BNES contingency table of age, gender, education, and region should be without any empty cell. If you have a high number of missings on one of the matching variables, you can impute the missing values using the r package Amelia. If you do not have solid reasons to impute the missing observations, I would not recommend it.

The count table shows how many observations we would have had in each group if the relative frequencies of these groups in the BNES data are the same as those observed in the population.

The next step is to run postStratify() to calculate the weights. The function calculates weighting coefficients so that the sample group sizes are as they would be in a stratified sample. In other words, it matches the relative frequencies of the BNES data set with the one observed in the LFS data set.

In certain scenarios, the computed weights might be too large. This happens when the sample margins are very different compared to the population margins. For instance, if our sample contains only 1 female respondent aged between 18 and 25 with university education but our target population is Belgian university students, the weight assigned to this respondent would be extremely large. Fortunately, we can trim the weights to avoid to have observations that are much larger than others. This introduces a small bias in the weights coefficients but greatly reduce standard errors (Kish 1992). We followed the ESS and trimmed the weights at the value of 4.

Finally, we merge the weights with the untouched dataset. We use the respondent id (addressID) to merge the two datasets together. This automatically set the weights to NA for those respondents with missing on the matching variables.

Similarly to the tendency of some individual to be less likely to participate in the survey, voters, non-voters, and voters of certain parties might be more or less likely to take part in the survey itself. To account for imbalance in turnout and in levels of party support, we can calculate post-stratification weights that take into account the 2019 election results and matches the self-reported vote in the BNES survey. This type of weights combines demographic information and the correct distribution of the vote share of each political parties at Election Day.

Raking belongs to the so called linear calibration techniques in which the weights are a linear combination of the variables used to construct the weights that minimise the discrepancy between the survey total and the known population total for a given variable. Given two different contingency tables, raking searches for the values to assign to the cells of the first table such that its marginal counts (the row and column “totals”) are the same as in the second table. For example, we know from the population data that our sample should be 48% male and 52% female with 80% of turnout during the election day. The raking procedure will first adjust the weights so that the gender ratio in the survey matches the desired population distribution. Next, the weights are adjusted so that the voters and non-voters marginal distribution in the survey matches the population figures. If the adjustment for voting makes the sex distribution out of alignment, the weights are adjusted till all of the post-stratification variables match their specified targets. That’s why this procedure is called raking. The name refers to the process of “raking” a garden bed alternately in each direction to smooth out the soil.

In addition to the LFS data, we gather the official 2019 electoral results and derived the vote share of each political parties at Election Day, the share of null and blank votes, and the share of non-voters. We acquired the 2019 electoral results from the website of the Federal Public Services Home Affairs. The vote share at the Election Day of the following political parties have been included in the weights calculations: CDV, NVA, Open VLD, s.pa, VB, Groen only for Flanders; PVDA/PTB for both Flanders and Wallonia; PS, MR, CDH, Ecolo, DEFI, PP only for Wallonia. Any other party (i.e. francophone party voted in Flanders) have been excluded from the calculations since not present in the BNES data.

The next step consists of calculating the population margins and the corresponding expected frequencies for both the joint distribution of age, gender, education, and region and for the voting. Let’s start with the voting frequencies.

Next, we need to calculate the frequencies of sex age education taking into account the geographical location of the respondent (region). One issue has been glossed so far. If we are unlucky enough to sample no one from a certain population stratum, it is not possible to calculate the weights. One of the major difference between the procedure to calculate the demographic and the voting behaviour weights is the handling of such empty strata. When the option partial = TRUE , postStatify() automatically ignores any empty cell in the computation of the weights. The rake() function does include a partial = TRUE option. In case you have empty strata in your sample, you can aggregate the data such as we have fewer but larger groups.

Finally, we are going to use the rake() function to iteratively match the population margins with the sample margins.

Let’s merge the weights with the BNES dataset and check that we achieved the desired outcome. 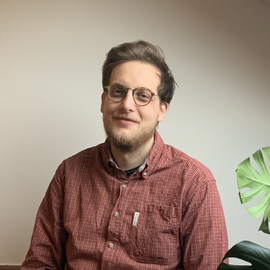